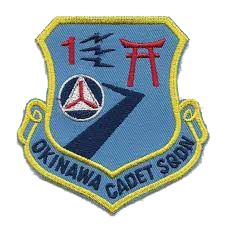 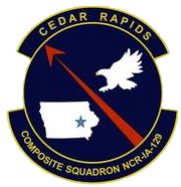 That changed during a pandemic-delayed summer visit to family in Iowa. The brothers were able to participate in the neighboring Missouri Wing’s encampment and  finally receive orientation rides in a CAP plane.

“I am grateful to have had such an exciting opportunity,” Jackson Coberley said. “It has further fueled my desire to become a pilot, and I will never forget this experience!”

“Overseas squadrons are a little different than our stateside counterparts,” said Capt. Amanda Medal, deputy commander of the Okinawa squadron, based at Kadena Air Base . “We are subject to slightly different rules, and we don’t have access to the same resources, which limits our mission and sometimes our ability to complete basic program functions like orientation rides.

“Overseas, there are no corporate CAP aircraft.”

Some of the 11 overseas units – located at air bases in Japan, Germany, England, Belgium, and Guam – are often able to arrange alternatives for CAP-flown orientation flights through local flying clubs, but that haven’t proven feasible lately for the Okinawa squadron, Medal said.

Participating in key CAP offerings such as encampments and National Cadet Special Activities has been especially difficult during the COVID-19 pandemic, said the cadets’ mother, Amy Coberley.

“We were finally able to come home and visit our families in Iowa this summer,” she said.

“As parents, we want to see their leadership skills grow and for them to learn as much as they can about aerospace enabling them to be better leaders in that field,” Amy Coberley said.  “We are so grateful that the Cedar Rapids squadron was willing and able to offer their time to make sure the boys could receive a few orientation rides while we were home.

“CAP is an excellent program for young people, and we are so happy to have found the squadron in Okinawa.”

Jackson Coberley has aspirations to attend the U.S. Air Force Academy and to be selected for pilot training. His brother would like to pursue a career in a STEM (science, technology, engineering, and math) field and is also considering joining the Air Force.
_____
Capt. Vijay Pisini
Commander
Cedar Rapids Composite Squadron
Iowa Wing