Lt. Col. Marc Pagan's quick action after a vehicle crash while the Ohio Wing member was vacationing in Colorado in September 2019 has been recognized with Civil Air Patrol’s Certificate of Recognition for Lifesaving Award.

Pagan and his daughter, Michele Hiner, were hiking to a mountaintop in the Denver area near Green Mountain when they heard a vehicle leave the road and crash deep into the canyon below.

“Upon hearing the sounds of the crash, and knowing how remote we were, I knew that that the only chance of anyone surviving depended on us locating that vehicle as quickly as possible,” recalled Pagan, who belongs to the Columbus Senior Squadron.

“I said to Michele, ‘We’ve got to find that car!’ and she immediately agreed. That is when I said, ‘Let’s go!’”

Unable to see the crash site, they descended into the canyon, searching for the vehicle. Covering approximately a quarter-mile through dense overgrowth and down steep terrain took about 20 minutes before they located the injured driver and her sports utility vehicle. 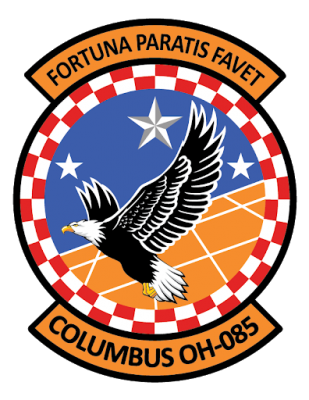 Hiner is a registered nurse at a local hospital, and her father is certified emergency medical technician. They assessed the woman for injuries while working to stabilize her as best they could. Pagan called 911 to report the situation and learned Boulder County sheriff ‘s deputies were already in the area.

Pagan stayed with the injured woman while Hiner scrambled up the canyon toward the nearest road, shouting for help. She got the attention of two deputies, who followed her back down 400 feet of steep, treacherous terrain.

The deputies brought a trauma bag and teamed with father and daughter to care for the seriously injured woman. Over time more help arrived.

Pagan and Hiner stayed with the first responders and provided additional assistance as needed while more than 20 rescue personnel from five agencies conducted a technical evacuation. The two remained on the scene for several hours until the patient was safely transferred to a waiting ambulance.

Pagan and Hiner each received a Sheriff’s Commendation Award from the Boulder County Sheriff’s Office reading in part, “their actions were vital to the patient’s survival of the crash. They responded without hesitation, gave their expertise and care selflessly and risked the unknown to help an injured stranger.”