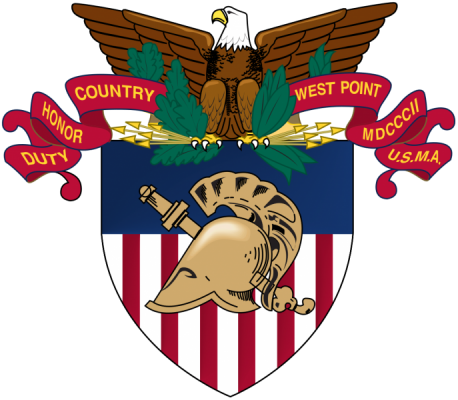 Wing aircrews and a ground team participated in the post-launch search and recovery operations for the suborbital flights. The West Point team coordinated with wing members to integrate their support, both in the air and on the ground, into the launch plans.

The flights were part of West Point’s Space Engineering and Applied Research – Hypersonic Rocket Team (SPEAR-HRT), a multidisciplinary project that began in 2018. With a long-term goal of putting a West Point satellite in orbit, academy cadets participating in the project design rockets with greater capability each year.

The team hoped this year to better last year’s maximum altitude of 80 kilometers and to achieve a speed greater than Mach 5.0, thus qualifying officially as hypersonic.

Spaceport America, where billionaire Richard Branson flew into space aboard one of his Virgin Galactic spacecraft in 2021, features a facility for vertical launches like those carried out by SPEAR-HRT, restricted airspace, radar support, and a variety of other services to ensure safe operations.

As the West Point team began predawn preparations for its first two-stage rocket launch, a ground team from the Socorro Composite Squadron was making began a 100-mile drive southward to the launch site.

The wing activated an incident command post at wing headquarters at Kirtland Air Force Base. Internet conferencing tools and a Civil Air Patrol VHF repeater provided communications throughout the mission.

After the first rocket was launched shortly after 7 a.m., its initial stage performed normally. But the second stage malfunctioned, flying erratically and failing to gain altitude.

The West Point team conferred and came up with a possible explanation, then immediately began working on the second rocket to correct the problem.

During the delay while that work proceeded, other members of the West Point crew and the New Mexico ground team drove to the area where radar indicated the rocket components may have landed.

The searchers spread out along a long line and walked slowly through the desert’s creosote brush, looking intently for pieces of metal. After only about an hour, though, this search was halted as everyone was called back for the second launch.

The second try proved successful, with both stages firing normally and the second stage disappearing straight up into the sky. A radio beacon from the second stage indicated a normal time of flight and likely deployment of its small parachute, bringing cheers and high-fives among the West Point team members.

While the two aircrews conducted visual searches in the predicted rocket impact areas, one landed at the spaceport to pick up a SPEAR team member with radio equipment to seek the rocket beacon signal.

West Point ground searchers headed for the second launch’s impact area, and their New Mexico Wing counterparts returned to the first-launch impact area to continue their earlier search, once again spreading out along a long line.

At one point, Senior Member Mike’l Bailey of the Socorro squadron turned around to look.

“Suddenly I saw something on the ground and thought, ‘That doesn’t belong there,’” Bailey recalled.

He had spotted the first rocket’s second stage, half-buried in the sandy desert soil. He immediately summoned the other members. They quickly informed Zentner, who relayed the word to the West Point team.

The Civil Air Patrol team also sent the location’s GPS coordinates and a photo of the rocket, which looked much like a pipe sticking straight from the ground.

After shooting numerous photos, they began to carefully dig it out. With no tools, they used their bare hands,  taking turns until they were finally able to extract it.

With a smashed nose cone and front area, the projectile had obviously hit the ground at high speed. The West Point team also recovered numerous broken pieces while digging.

The recovery, they said, would help them determine what caused that stage’s failure.

The other West Point searchers recovered the second launch’s first stage. No beacon signal was detected, either from the air or on the ground, and that launch’s second stage eluded discovery.

While recovering that stage and its data would have confirmed its maximum altitude, Army Maj. Nate Humbert, a West Point civil and mechanical Engineering instructor, deemed the launch a success. Initial estimates were that it climbed to 90 kilometers and reached Mach 5.2.

“Although we didn’t reach our goal of 100 km we did go hypersonic,” Humbert said. He added that “both flights were a success due to successful ignition of both stages during launch” – only the second and third successful second stage ignitions in the SPEAR program.

“It was great learning how to integrate CAP’s capabilities to support our launch operations,” Humbert said.