Cadet 2nd Lt. Luke Both of the California Wing’s Clover Field Composite Squadron 51 is  attending Colorado State University at Fort Collins, studying psychology, and participating in Air Force ROTC program. His goal to become a U.S. Air Force pilot. Both plans to get his instrument rating and eventually become a CAP mission pilot. 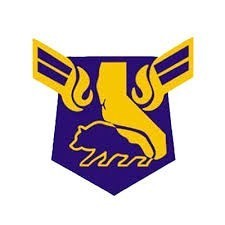 A. I  discovered I could do a lot more than I imagined. I spent a lot of days doing two, or even three, sorties practicing and building hours. Some days less motivated than others, I still made my hour drive to Whiteman (Airport) and put in the work. My instructor was doing a lot for me, and it was my responsibility to do what was asked of me.

Q. How will earning your pilot certificate help you at CAP? In your future career? In life in general?

A. Having my license, and the hours behind it, provides me with an upper hand on receiving a pilot slot and achieving my goals. Looking back into my childhood memories, I grew up in my grandfather’s airplane. Going and getting breakfast with my grandfather at faraway airports showed me what piloting in general aviation is all about: joining a community, forming friendships, developing friendships, and arguing about which airport to go to for breakfast that morning.

Q. Did you receive a Ray Foundation Scholarship? What assistance/inspiration did your Ray navigator provide?

A. Yes. My Ray navigator was Robin Kim. I flew with him back from my check ride and despite my success, he was still helping me learn. He showed me how to shoot an IFR approach into Whiteman and a few of the different rules of IFR flight.

A.  My flight instructor … dedicated much of his free time to instructing me and giving me as much knowledge as he could. When we weren’t flying, he provided me with online resources, Teams calls for ground school, and study material. He did everything in his power to get me there with the most information to help me be successful once I received my license.

Q.  What does earning your private pilot certificate through Cadet Wings mean to you?

A. The fact that I earned my certificate through CAP Cadet Wings is huge to me. These funds enabled me to fly more consistently and ultimately finish my license. It is so strange to say that “I am a pilot,” and I am so grateful that I could have the opportunity.

Q. How will it help you at CAP? In your future career? In life in general? 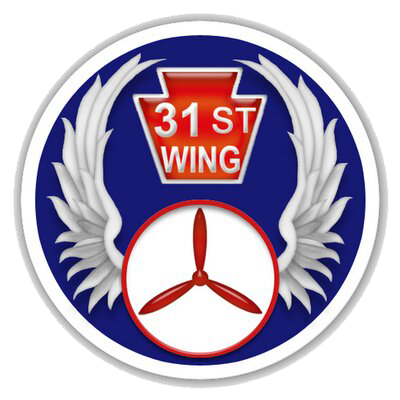 A. At my home squadron, I hope to be able to help any of my cadets who may want to do what I did. Career-wise, my certificate is the first step toward my goal of becoming a commercial airline pilot. I am now one rating closer to achieving my dream. It will also help me in the long run by increasing my confidence level in trying new things.

A.  I would highly recommend Cadet Wings to any cadet who is serious about getting their private pilot’s certificate. With all of the study and flight hours required, it is a major time commitment but nonetheless definitely worth it. Once you are enrolled, the senior members help you in every way they can while teaching you to take initiative.

A. I was scared to death during my first solo flight. As the initial panic wore off, I began to remember my training and realize that I was actually flying a plane by myself. After that point, I had some of the most fun that I can ever remember having in my life. I was reluctant to stop, and when I got out, I couldn’t believe what I had just done. I flew three laps in the traffic pattern at Trenton-Mercer Airport in New Jersey.

Cadet 2nd Lt. Nathan Pool of the California Wing’s John J. Montgomery Cadet Squadron 36 is planning to work as an airline or cargo pilot. He started his instrument ground training in August. In CAP, Pool’s new goal is to become a senior member and share his passion for flying with cadets. He’s a freshman at Central Missouri University in Warrensburg, studying to become a professional pilot

A. I would recommend every cadet to at least apply to the Cadet Wings program. It is by far one of the most advantageous things a young person can do with their time.

Q. Describe how you felt before, during, and after your first solo?

A. Before my first solo I felt super-excited and also intimidated. I knew the consequences of not paying attention, so I was very focused. Actually executing the solo flight was amazing to me; it was a great experience. And after I felt like going back up again, I hated that it didn’t last longer since it was just a couple patterns at KGPH (Midwest National Air Center Airport in Clay County, Missouri).

Q. Was there ever a time where you thought you weren’t going to make it? How did you overcome that obstacle? What was your biggest challenge about learning to fly? What would you tell other people in a similar situation?

A. My biggest worry was not finishing before school started. I really had to push the schedule of myself, my flight instructor, and the flight school. If anyone else was struggling with scheduling I would just say schedule as far in advance as you possibly can to reserve time for you.

A. I could not be more grateful for CAP and all the amazing activities that it offered to me. I feel very privileged to have accomplished this. I can’t wait to give back to the program and see other cadets get their wings. Thank you to every senior member ejp directly and indirectly helped me through this process, it would’ve never happened without your help.

In 2019 the U.S. Air Force provided initial funding for and continues to support CAP’s Cadet Wings program, whose goal is to increase the nation’s pilot population. More recently, a donation by the James C. Ray Foundation provides an additional funding source to open training slots for 30 Cadet Wings pilots. These training slots also include a dedicated CAP mentor, known as a Ray navigator, for the aspiring pilot. Cadets may qualify for up to $10,000 through the Ray Foundation scholarships to train for their private pilot certificate.