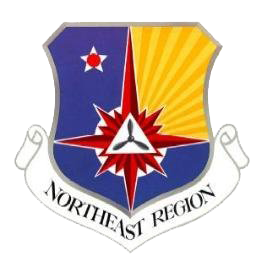 Col. Everett C. Hume, a former cadet and longtime member of Civil Air Patrol who served as Massachusetts Wing commander from 2013-2017, has been selected as the Northeast Region’s next commander.

Hume, now one of the region’s vice commanders, accepted the appointment by Maj. Gen. Mark Smith, CAP’s national commander and CEO. Hume succeeds Col. Jack Ozer, who has commanded the region since August 2017.

HIs three-year term as region commander begins Aug. 21 with a change of command ceremony at the Northeast Region Conference in Windsor Locks, Connecticut.

“I look forward to Col. Hume’s service as region commander,” said Maj. Gen.-select Ed Phelka, national vice commander, who becomes national commander Aug. 26. “His credentials in CAP are top-notch, particularly in regard to leadership at all levels of the organization. Plus, he brings relevant experience both professionally and in CAP in the all-important field of safety.”

Hume joined CAP in October 1972 as a cadet in the Massachusetts Wing. He left the program in 1978, when he became an officer in the United States Merchant Marine.

He returned to CAP in June 1985 and joined the Westover Cadet Squadron. He subsequently assumed command of the Westover squadron and served as commander until 1988. He also served on the Northeast Region staff as assistant director of safety.

The Westover Cadet Squadron became the Westover Composite Squadron during Hume’s command. He also participated in combined recruitment with the U.S. Air Force Recruiting Service, to which he received a Certificate of Appreciation from the unit commander. He was also involved in the initial certification by U.S. Customs and the Drug Enforcement agency for the Counter Drug Program.

“Civil Air Patrol has provided me with the opportunity to serve my community, my fellow citizens and my country.” Hume said. “I have a strong desire to give back to CAP and help guide our organization into the future, so I am grateful for this new opportunity to lead. The members of our organization are extraordinary, and they are key to my success and the success of our great organization.”

Hume graduated from the Massachusetts Maritime Academy in 1978 with a bachelor’s degree in marine engineering. As a certified fire protection specialist and a retired commissioned inspector with the National Board of Boiler and Pressure Vessel Inspectors, he has more than 40 years of experience as a fire protection engineer, boiler and machinery engineering subject matter expert and manager.

He is a staff vice president with FM Global Engineering and Research in Johnston, Rhode Island.