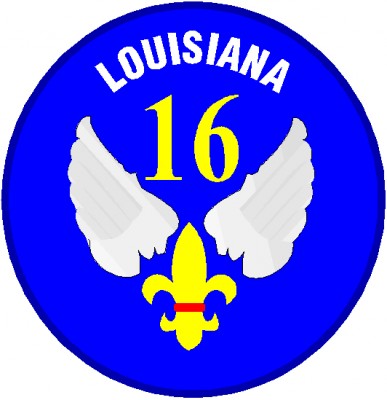 The Louisiana Wing has made its final two flights photographing Hurricane Ida-affected lands and waterways, wrapping up a mission totaling 148 sorties, 377 hours in the air, nearly 122,000 images and over 6,000 gigapixels of data.

The photos cover 6,012 square miles of surface area. They were taken for the Federal Emergency Management Agency and the Governor’s Office of Homeland Security and Emergency Preparedness to use in assessing damage from the Category 4 storm, which made landfall Aug. 29 on the Gulf Coast.

The Louisiana Wing launched the mission immediately after the skies over the state cleared enough to allow precision flying.

The mission involved eight of the wing’s nine aircraft. Two Civil Air Patrol airplanes from the Texas Wing and one from the Tennessee Wing, along with their aircrews, joined the mission for several days.

More than 130 CAP members, including four from the Texas Wing and two from the Tennessee Wing, participated in the Louisiana mission. Eight ground vehicles were used for transportation.

During one flight, an aircrew spotted, reported and photographed a partially sunken and leaking barge in the Mississippi River. The incident commander filed a “First Incident” notification via the state’s hazardous materials hotline, leading ultimately to elimination of a dangerous navigational hazard and an environmental threat.

“The people of Louisiana have been through so much with Ida. After Katrina, it is the second-most damaging and intense hurricane to hit the state of Louisiana on record,” said Lt. Gen. Kirk Pierce, commander, 1st Air Force, Air Forces Northern. “We wish our neighbors well and are grateful for the opportunity to provide assessment images as a step forward in their rebuilding efforts.”

Although the imagery shows damaged areas in cities like New Orleans and Houma, much of the photos document Ida’s impact on smaller communities such as Thibodaux, Galliano, LaPlace, Lafitte, Dulac, Chauvin, Point Aux Chenes and Montegut.

“It was an intense and challenging mission,” said the Louisiana Wing’s incident commander for the response, Lt. Col. Mickey Marchand. “However, our aircrews and support staff were up for it, and we gave our customers all they asked for.