Kothari Takes Over as CAP Foundation Board Chair

Col. Rajesh Kothari, who joined CAP as a cadet 40 years ago, served as Michigan Wing commander from September 2018 until his term ended Sept. 27. 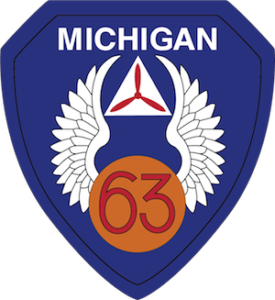 He is the founder and managing director of Cascade Partners, where he helps lead divestitures, recapitalizations, acquisitions and other strategic transactions for clients in the health care, industrials, business services and technology sectors. He has also comanaged multiple private equity funds and dozens of investments from early stage to buy-out in health care, automotive, technology and other industrial companies.

The Civil Air Patrol Foundation is overseen by an 11-member board consisting of national leaders and influencers who help the foundation provide general support for CAP and its programs and missions and direct financial support to CAP’s operations and scholarships to its members.

“I am excited about the future of the Civil Air Patrol Foundation and the ability to engage CAP alumni, friends and organizations that share our desire to share the lives of young people,” Kothari said.

His experience before starting this organization included service at another investment bank, coleading a $70 million private equity fund, cofounding a $600 million wealth management firm and c-managing over $750 million of pension assets for Masco Corp.

“Col. Kothari’s interest and experience in philanthropic management is perfect to lead this time of growth within the Civil Air Patrol Foundation,” said Kristina Jones, president and executive director of the foundation. We’ve grown more than 1,000% in the last 2½ years, approaching $3 million by the end of this year. These funds translate into direct support for cadet scholarships, aerospace education and strengthening squadrons,”

“The Civil Air Patrol Foundation is focused on expanding its base of support by highlighting the impact of planned giving, estate planning and demonstrating the impact of philanthropy on CAP programs, local squadrons and CAP volunteers in the field,” Kothari said

Kothari’s experience has been sought by various organizations to help guide and influence their growth and development. He has served on the boards of directors of over a dozen businesses and organizations and now serves on the Board of Priority Health and Foundation for the Leader Dogs for the Blind.

Complementing his professional activities, he is active in a variety of nonprofit and charitable organizations. He has served on the boards of TiE Detroit, Michigan Venture Capital Association, as a council member for Wolverine Lake and on the Alternative Revenue Task Force for Leader Dogs for the Blind.

A chartered financial analyst, he earned bachelor’s and master’s degrees from the University of Michigan.

Paul Graziani, president/CEO of AGI and also a former Civil Air Patrol cadet, was honored at the board’s most recent meeting for serving as chair from 2019-2021 during a start-up period for the foundation and the trustees. He was re-elected to a three-year term and will remain as a trustee.

Other foundation trustees include: