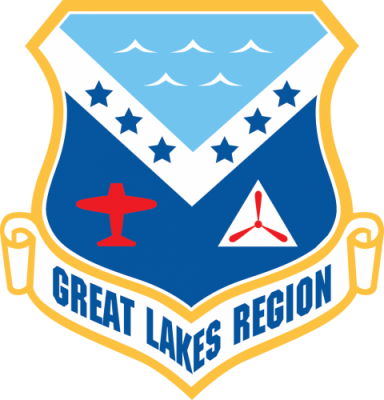 Col. Rose Hunt has a two-word philosophy — along with an ethic that makes a longshoreman’s work habits look like those of a middle school boy — that has propelled her trailblazing career in business and in Civil Air Patrol.

“If you treat people with respect, give them the value they deserve, they’ll go forth and do great things,” Hunt said. “If you’ve made them feel important and valued, they’ll do great work. You need to help them understand the ‘Why.’ Always start with the ‘Why?’ Take care of your humans.”

That’s the cornerstone of Hunt’s 25-year CAP career, during which she ascended the ranks from senior member to Great Lakes Region commander.

Her creed wasn’t forged in a stuffy classroom at Harvard Business School, or in an Air Force command training course.

Instead, as the fifth of 16 children — along with 36 foster brothers and sisters over the years — she learned that lesson in the bustling Chippewa Falls, Wisconsin, home of Harold and Marian Hunt.

“We were raised by the most loving, humble and caring parents a child could ask for,” Rose Hunt said. “If you asked all my siblings who was my parents’ favorite, we would all answer, ‘I was.’

“My parents all made us feel loved and taught us a strong work ethic and morals,” she added.

Kindness, service, and respect lie at the heart of Hunt’s work as region commander. It’s been the same story throughout her CAP and business career.

“Always treat people with respect,” she said in an interview. “[You] don’t have to be mean to get a point across.”

She joined the Wisconsin Wing’s Eau Claire Composite Squadron in 1997 after her son, Ken, became a cadet. She has tackled increasingly demanding roles in her quarter-century in CAP, among them Wisconsin Wing finance director, National Finance Committee member, Wisconsin Wing chief of staff and later vice commander before assuming command of the wing in 2014. During her command wing membership grew by more than 15%.

Hunt has also served as director of CAP’s Region and Wing Commanders College and led the National Mentoring Program until earlier this month.

She brings extensive training in leadership, finance, administration, and other fields to her service as a CAP leader. In business, she began as a server in the Heckel’s Family Restaurant chain in 1989 and, by 2000, was owner and CEO of the company. She bought the brand in 2008.

Along with her parents, she credits Civil Air Patrol and a number of mentors for her success, including Brig. Gen. Regena Aye, one among many teachers on her life’s flight path.

But Aye, CAP’s national vice commander, has learned much from Hunt, she says, about tenacity, valuing others, and overcoming obstacles.

“If I had to choose one aspect of her character that has impressed me most, it is her ability to persevere when faced with challenges,” Aye said. “She has overcome every barrier to success that life has thrown at her and kept a positive attitude.”

Hunt said she was timid while growing up. “I wish I had known about CAP,” she said. “I lacked self-confidence, and it took me years to have faith in myself. CAP helped me grow that confidence as a senior member. I would never have believed I could grow to be the person I am today.”

Her story reveals something about how women in leadership roles have helped forge the Civil Air Patrol story – evidence the organization has an unlimited ceiling for those willing to work and serve, regardless of race, creed, or gender.