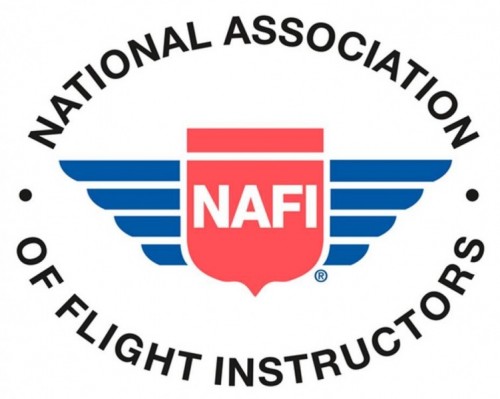 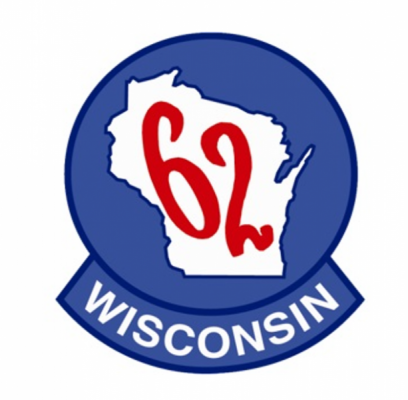 Maj. Karen Kalishek seemed destined to make an impact on the world from the time she turned 16 and was on her own, working full-time through high school, college, and graduate school.

Those around her through those early years couldn’t help but notice – and be affected by – her determination to make it. She did that a long time ago, and she’s still making a huge impact on associates and people she serves through Civil Air Patrol, the National Association of Flight Instructors, and her work as a flight instructor.

Kalishek is active in the Wisconsin Wing’s Brown County Senior Squadron, based in Green Bay. She began her term Jan. 1 as board chair of NAFI, which has members in 31 countries.

The board president, Paul Preidecker, began serving at the same time as Kalishek and has taken note of her leadership abilities and advocacy for diversity within the industry. Her leadership and her ability to influence others seem to come naturally.

“She just does it by her normal day-to-day outreach,” Preidecker said.

As president of the board, Preidecker, who recently retired from Air Wisconsin Airlines, is more involved with the day-to-day operations of NAFI, while Kalishek is responsible as board chair for the organization’s vision and strategic planning.

Kalishek has excelled in both areas, Preidecker said, getting input from members and organizing a plan.

“We’re in the process of instituting it now,” he said.

Kalishek, 66, fell in love with flying at an early age, years passed before she turned that interest into a career. Instead, she earned bachelor’s and master’s degrees in business and accounting, teaching part-time as a college instructor while advancing to senior leadership in a banking career. She later started a consulting business, working in 37 countries for periods ranging from one week to almost two years.

Along the way, Kalishek started flight lessons but was unable to finish. A milestone birthday at 50, along with a friend’s comment about unfinished business prompted her to start the lessons again.

“Almost immediately, I realized a newfound passion for aviation,” she said, “and decided that flight instructing would be a perfect fit.”

At the time, Kalishek was still traveling internationally much of the time as president of her consulting firm, so she began making a transition plan. It culminated in full-time flight instruction. Since then, she has added membership in numerous flight-related organizations to her resume, including Civil Air Patrol and the Ninety-Nines, an international organization of women pilots.

Kalishek joined CAP in April 2014 and serves the Brown County squadron,in numerous ways. She’s the squadron’s officer for safety and for standardization/evaluation and is an assistant aerospace education officer. She previously served as public affairs officer and finance officer.

Somehow Kalishek finds time to work as a flight instructor and designated pilot examiner. She’s also grandmother to twin grandsons. While her two sons appreciate her passion for flying, neither has become an aviator. Kalishek jokes that a family legacy may still develop, anticipating that the twins will be regular passengers in her aircraft.

Kalishek’s service has not gone unnoticed, with a long list of honors and credentials to her name. Among them are three-time NAFI Master Instructor, Federal Aviation Administration Gold Seal Instructor, and the 2019 National FAASTeam Representative of the Year award.

An April 2019 CAP.news article on Kalishek provides insight into what makes her tick, what drives her to work passionately as a flight instructor and be involved in so many organizations dedicated to flight and flight safety. One statement in particular tells much about Kalishek’s devotion to duty.

“It’s an honor to help others achieve their goals and to share in their delight when they achieve a milestone,” she said in the article, “whether successfully completing a new maneuver, solo flight, earning a certificate/rating, or returning to the skies after time away.”

Whether working with others in Civil Air Patrol or the National Association of Flight Instructors, Kalishek always emphasizes safety. NAFI’s vision is “safer pilots through flight instruction excellence,” and its mission is to promote excellence in flight instruction through education, mentorship, and advocacy.

Flight instructors are a constant in for pilots, Kalishek said, with an opportunity to provide positive role modeling and promote continuous improvement.

“Good flight instructors are very aware of this opportunity and responsibility,” Kalishek said. “I think about it in some form every day.”

Her positive impact is evident in the feedback she gets from fellow NAFI members and the general aviation public.

“On a personal note,” she said, “one of the wonderful benefits of flight instructing is to mentor others, form friendships, and help pilots achieve their personal aviation dreams.”

For Preidecker, Kalishek checks all the boxes – as a leader, mentor, role model, and advocate for NAFI members. In her role as board chair, Kalishek makes presentations to industry groups and to governmental agencies.

“She has got her pulse not only on the organization, but also on the industry,” Preidecker said,

Kalishek took her first flight at 19 and her first flight lesson at 33, and she earned her license at age 50. Sixteen years later, she hasn’t slowed down a bit. A comment in the 2019 article gives a glimpse into why.

“There’s simply nothing that compares to the sensation of flying,” she said. “On certain flights, challenge, precision, freedom, and romance all come together.”
_____
Loretta Fulton
Contributing Writer

This profile of Maj. Karen Kalishek of the Wisconsin Wing’s Brown County Senior Squadron, National Association of Flight Instructors board chair, is second in a regular series of articles showcasing how CAP and its members make an impact throughout the nation.