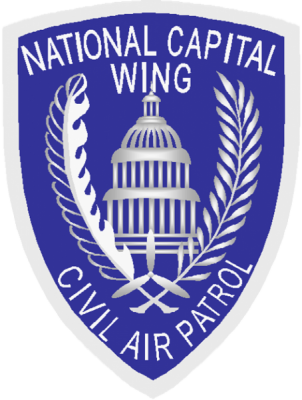 The names of 161 deceased Civil Air Patrol members were read aloud in a solemn ceremony June 11 at the U.S. Air Force Memorial, between the Pentagon and Arlington National Cemetery in Virginia.

“To the families and friends of those Civil Air Patrol members who have died, we assure you that a part of them lives on and will always remain a part of us and the traditions of Civil Air Patrol,” Col. Dave Sterling, National Capital Wing commander, said during the ceremony.

The remembrance ceremony tradition began in 2013 with Sterling following an observance from his active-duty service at the Air Force Academy. He was the wing’s Arlington Composite Squadron commander when the first event occurred.

“Col. Sterling wanted to bring the solemn traditions from the Air Force Academy to CAP and pay respects to our fallen colleagues,” said Lt. Col. Aaron Newman, the wing’s vice commander. “It has been my honor ever since the first ceremony to help Col. Sterling plan and officiate this annual event and then take the lead several years ago.”

The ceremony began with Cadet Airman Zoey Monica Vaghin-Carlos from the wing’s Challenger 1 Cadet Squadron singing the national anthem. The crowd then sang the “Air Force Hymn,” followed by a roll call of CAP members who passed away from May 1, 2021-April 30.

After each name, a lone voice called out “absent, sir.” A flag-folding ceremony was carried out during the reading of the 161 names. A wreath with “Civil Air Patrol” was laid at the memorial.

Taps played during a moment of silence.

Former Assistant Secretary of the Air Force for Reserve Affairs for Air Force Auxiliary Programs Tom Schubert then spoke to those gathered, which included family members of CAP members honored. Also in attendance were several officers from the Air Force Operations Group at the Pentagon.

The ceremony ended with the singing of the third verse of the “Air Force Song” and then the playing of “We Remember.”

“The ceremony is truly a moving and fitting tribute to our fellow CAP members,” Sterling said.

The annual ceremony typically takes place in May. CAP members and family wishing to visit the U.S. Air Force Memorial should send an email to info@NatCapWing.org.