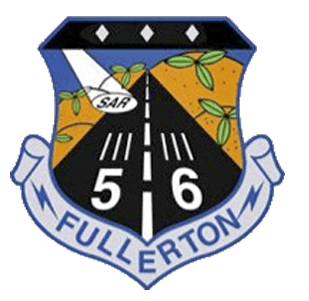 Fullerton previously reached the title round  in 2018 — when two teams from the unit made the championship round — and 2019.

The Fullerton Composite cadets are:

The CyberPatriot finish and Cisco NetAcad Challenge triumph mean the cadets will receive a combined $3,000 in scholarships from Cisco and the Northrop Grumman Foundation.

Junior ROTC teams from each of the military services as well as the Naval Sea Cadet Corps rounded out the field.

CAP teams have won the overall All Service Division championship three times — in 2011, when a Florida Wing team placed first, and 2012 and 2017, when the Colorado Springs Cadet Squadron captured the crown. The California Wing’s Beach Cites Cadet Squadron 107 won the inaugural Middle School Division competition in 2014.

The annual competition hosted by the AFA challenges teams of high school and middle school students to find and fix cybersecurity vulnerabilities in virtual operating systems. Using a proprietary competition system, teams are scored on how secure they make the system.

A total of 407 CAP teams competed in the All Service Division. Another 114 team registered in the Middle School Division.

CAP once more provided the largest contingent among the 1,414 All Services Division teams. In the Middle School Division, CAP accounted for nearly 15% of the 754 teams registered from middle schools across the country.