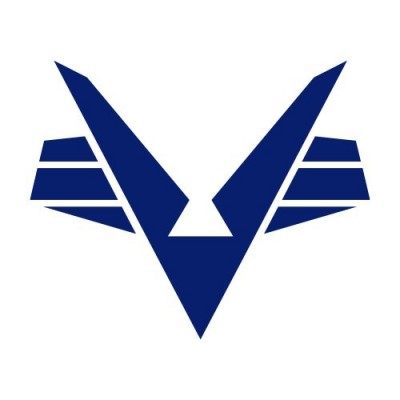 While many adults hold fast to childhood vacation memories peppered with cartoon princesses and castles, camping trips, or ballpark hotdogs, Morgan Bennett had her eyes on the skies and her head in the clouds.

“When I was little, Mom and Dad (Cindy and Ray Bennett) would always take us down to Pensacola Beach on vacation during Blue Angels week, because that’s what Dad wanted to do,” the Anniston, Alabama, native said.

“We went to the Naval Air Museum, sat on the hotel balcony watching the Blue Angels fly over the beach. That was a typical summer vacation for us. … I always liked going to air shows, reading about airplanes. I thought I wanted to be a pilot.”

Now 32 and a Civil Air Patrol lieutenant colonel, Bennett helps to stoke the fire of flight for CAP cadets as she leads the Advanced Flight Training Academy in Columbus, Indiana.

The accelerated, immersive 30-day program gives cadets the opportunity to earn their private pilot’s certificate with a combination of ground school bookwork and a practical flying experience.

The academy is one of CAP’s success stories when it comes to enlarging the hangar, so to speak – giving young women a chance to break into the traditionally male-dominated world of aviation. That opportunity may turn into a role in easing the national pilot shortage.

The academy is part of a multipronged strategic initiative to diversify and increase the pilot pool, along with Civil Air Patrol’s Cadet Wings program and the U.S. Air Force Rated Preparatory Program, led by CAP flight instructors.

Bennett, who soloed in 2009, saw her aviation dreams temporarily grounded by the demands of engineering courses at Auburn University as well as a short supply of money and time. She would eventually earn her glider pilot’s certificate in 2016 through CAP, then circled back to powered planes.

She created the AFTA program, with a goal spelled out by CAP leadership at National Headquarters, to help aspiring pilots who were busy during the academic year or who lacked convenient access to instruction.

“That was in response to the Youth Aviation Initiative and all the funding we were getting from the Air Force to create private pilots in our cadet corps,” she said. “They wanted an in-residence, finish-up program for those cadets.”

When CAP officials sought to persuade Bennett to lead AFTA, she didn’t bite right away. Normally, she said, it takes students months to get to a check ride.

“I thought they were crazy,” Bennett said. “My day job is being a flight instructor, so the idea that you could take someone from solo to complete (certification) with their check ride in four weeks seemed a little out there.”

Her goal that first summer?

“Maybe we can get two to a check ride,” she said. “That would be a pretty good step. What I didn’t account for when I originally thought it was a crazy plan, was that … these students are highly motivated, highly driven, very sharp cadets who when you put them in the full immersive environment, they do very well.”

One of the bright lights among the 2021 cadets is Cadet Lt. Col. Mary Moor of the New Jersey Wing’s Raritan Valley Composite Squadron. For the incoming Rowan University computer science major, Bennett was a role model and a listening ear.

Moor is serving a summer internship for the Department of Defense. Like Bennett, her passion for aviation was ignited in childhood by her dad’s love of flight. She began in gliders.

Moor has served in various squadron roles throughout her cadet career, and she participated in the Cadet Wings program.

“(Bennett) always had a plan, and she was always two steps ahead of everyone,” Moor said. “And seeing and hearing how she flies, and she does gliders and power and everything, it was another person I can relate to.”

She added, “Not only that, but around here, when I talk to other pilots, it’s always males,” so she particularly valued “being able to talk to another female about it and just having that relationship and being able to talk freely.”

Capt. Bil Seamon of the Arizona Wing, a 33-year Air Force veteran, also praised Bennett’s work. He has served as an instructor in 2021 and this year.

“I’ve gotta say, this academy wouldn’t be what it is without Morgan,” Seamon said. “She is absolutely amazing. I can’t overstate that. She’s got full steam on her and she just goes and gets it done.”

He added, “She takes very good care of the cadets. She knows instructional design, and she implements it without a hitch.”

As for the program that Bennett launched in 2021, it means a chance to earn the private pilot’s certificate. And while students may have their eyes on the skies, their feet are on the ground and they make the effort to succeed.

“The opportunity – and that’s the key word – to earn their private pilot’s certificate and the caliber of students who have come through here has been outstanding. They’re sharp. They’re go-getters and they do what it takes to get the task done.”

Participating cadets this summer are:

This profile of Lt. Col. Morgan Bennett, who heads the Advanced Flight Training Academy, is third in a regular series of articles showcasing how CAP and its members make an impact throughout the nation.